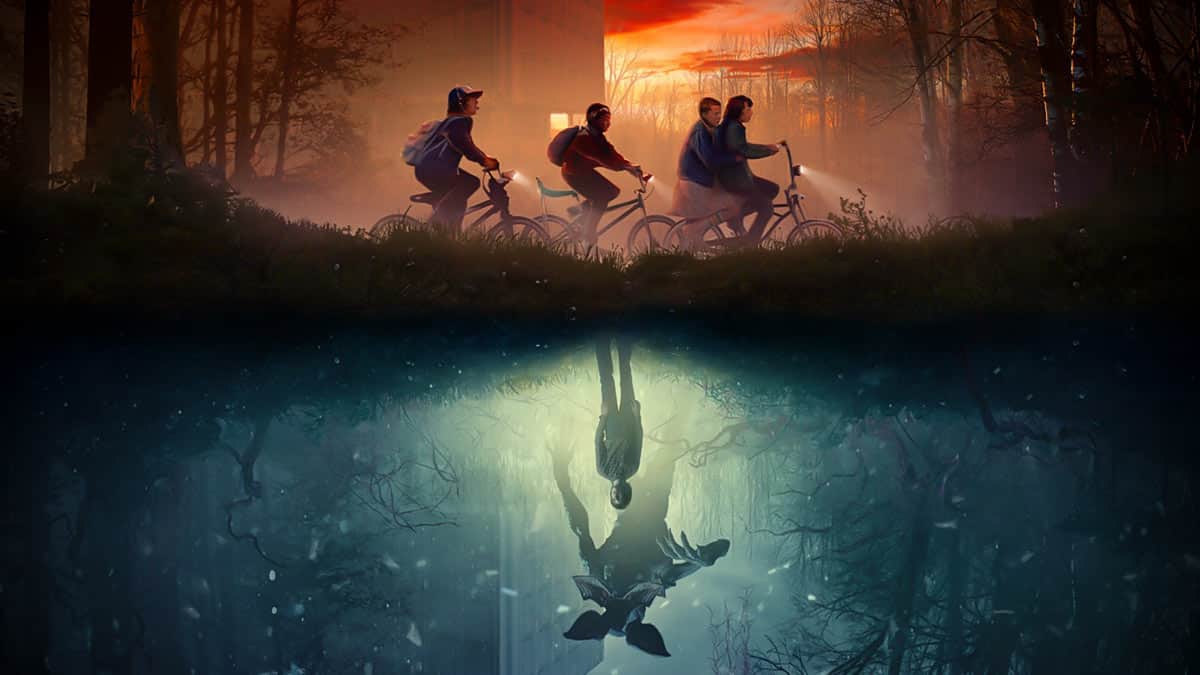 Discover the plot, cast, scripts and facts from the series.

Here's what we have on Netflix's, "Stranger Things". And, you can also read and download the transcripts, here, at 8FLiX.

When a young boy disappears, his mother, a police chief and his friends must confront terrifying supernatural forces in order to get him back. Netflix

What we know and what we don't.

UPDATE, February 17, 2022: Stranger Things season 5 will be the last. Plus, release dates for Stranger Things 4 are May 27 (volume 1) and July 1 (volume 2). Nine episodes in total. Also, Matt and Ross Duffer, the series showrunners and writers, confirmed the series finale in an open letter to fans. Read the letter HERE.

UPDATE, NOVEMBER 6, 2021: Netflix dropped a new season 4 teaser during Stranger Things Day celebrations! And it is gnarly. Check it out here, at YouTube.

~ The COVID-19 pandemic caused numerous interruptions to the production schedule. However, things appear to be moving forward once again.

Meet the cast and writers of Netflix's "Stranger Things". Also, get the poster while you surf over to the official website and discover other sources. CLICK or TAP the SUPPLEMENTS button for more.

And, for the "Stranger Things" scripts, transcripts, episode summaries and more, keep scrolling!

To watch the trailer, head on over to YouTube.

Here's our "Stranger Things" scripts, transcripts and other swag.

We have both transcripts and teleplays!

Have a look at our "Stranger Things" scripts and transcripts from each season. You can go ahead and CLICK or TAP the button to go directly to the transcripts page.

For the TELEPLAY version, look for the appropriately labelled button.

In this most vulnerable time, a new and horrifying supernatural threat surfaces, presenting a gruesome mystery that, if solved, might finally put an end to the horrors of the Upside Down.

Budding romance. A brand-new mall. And rabid rats running toward danger. It's the summer of 1985 in Hawkins ... and one summer can change everything.

It's been nearly a year since Will's strange disappearance. But life's hardly back to normal in Hawkins. Not even close.

(real scripts and transcripts both available. look for the TELEPLAY button)

Strange things are afoot in Hawkins, Indiana, where a young boy's sudden disappearance unearths a young girl with otherworldly powers.

(real scripts and transcripts both available. look for the TELEPLAY button)