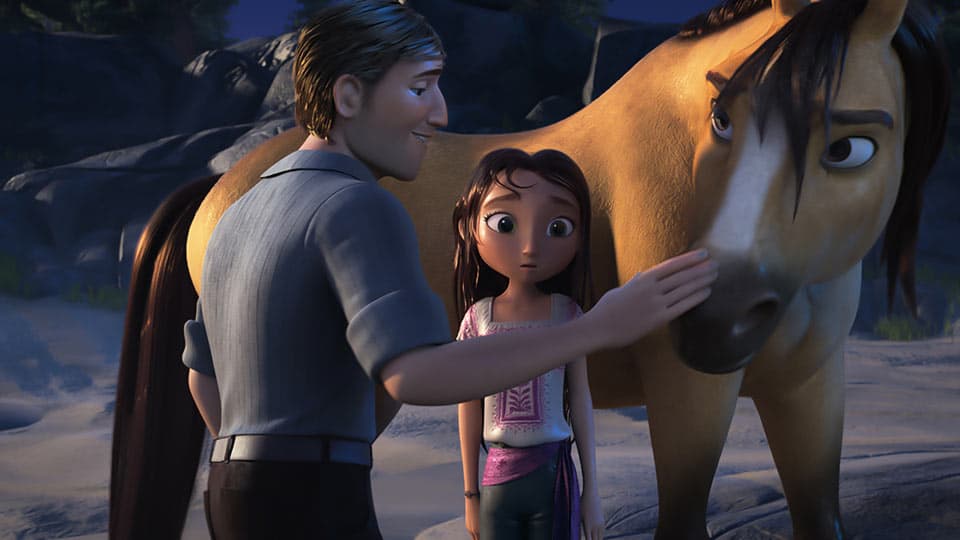 Plot, cast, facts and script from the 2021 animated movie from DreamWorks Animation.

Here's what we have on "Spirit Untamed." And, you can also read and download the original screenplay, here, at 8FLiX.

Like her mother, Lucky isn’t exactly a fan of rules and restrictions, which has caused her Aunt Cora no small amount of worry. Lucky has grown up in an East Coast city under Cora’s watchful eye, but when Lucky presses her own luck with one too many risky escapades, Cora picks up stakes and moves them both back with Lucky’s father, Jim in Miradero.

Lucky is decidedly unimpressed with the sleepy little town. She has a change of heart when she meets Spirit, a wild Mustang who shares her independent streak, and befriends two local horseback riders, Abigail Stone and Pru Granger. Pru’s father, stable owner Al Granger, is the best friend of Lucky’s father.

When a heartless horse wrangler and his team plan to capture Spirit, Lucky enlists her new friends and bravely embarks on the adventure of a lifetime to rescue the horse who has given her freedom and a sense of purpose. DreamWorks Animation

Before downloading the screenplay, have a look at this.

Let's meet the cast and writers. Also, read the box office and budget data while you surf over to the official website and discover other sources. Go ahead and CLICK or TAP the SUPPLEMENTS button.

And, for the "Spirit Untamed" script, CLICK or TAP the DOWNLOAD button to go directly to the screenplay page. 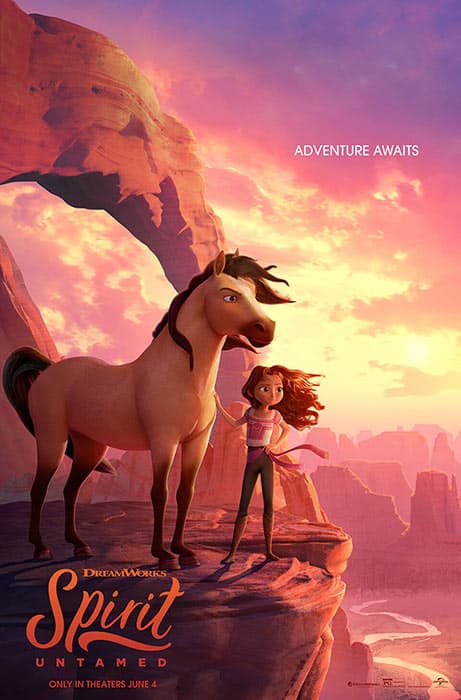